Norphonic Emergency Roadside Telephones (ERT) has been installed in the 5053 meter long Flenja Tunnel, located on the west coast of Norway

The Flenja Tunnel was opened in 1985 and is an important link in the ferry-free road connection between the two largest cities in Norway (Bergen and Oslo). It is especially significant for winter traffic when the high mountain passes are closed, or subject to closing, due to snow.

At the start of 2009 it became clear that the tunnel was in need of a major upgrade. Mr. Kolbjørn Nord, a build manager at the Norwegian Public Road Administration explained ”It was necessary to replace the old legacy emergency roadside telephones with modern and robust VoIP telephones and we also had to upgrade other technology such as lighting and ventilation systems inside the tunnel”.

After evaluating a number of emergency roadside telephones for the project, the Norwegian Public Road Administration selected Norphonic VoIP telephones due to the ability to perform in extremely challenging areas, exposed to high levels of dust and extreme temperatures. Another key advantage was that the Norphonic Roadside Telephones are based on future-proof open SIP standards. 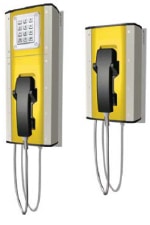 The Flenja Tunnel lies alongside the Sognefjord on Norway’s west coast.

The Emergency Roadside Telephone installation comprises of a Norphonic Heavy Duty VoIP Telephone with autodial functionality. This means that stranded motorists simply can lift the handset to be put straight through to the emergency response control room, eliminating the need for road users to remember what number to call when in distress.

Inside the control room, a Vegastream VoIP Gateway ensures that the staff knows exactly what location the road user calls from, which drastically improve emergency response times. This is a requirement in many tunnels, because most road users do not automatically know their exact location inside a dark and often feature-less tunnel.

The Norphonic VoIP Heavy Duty telephone comes with two built in fiber ports which allows a redundant back up in case one telecommunication line goes down. 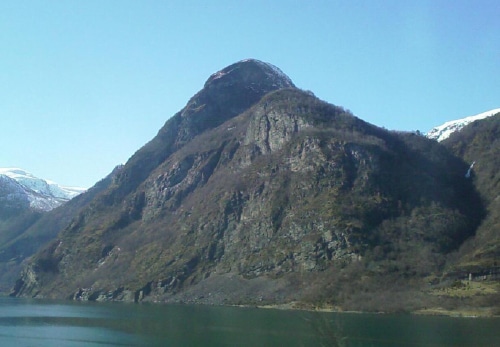 The tunnel goes through the Flenjaeggi mountain which lies alongside the the world’s longest and deepest fjord, the Sognfjord. The fjord dominates this Norwegian community with mountain tops reaching 1800 meters (5935 feet).

A Prevision traffic management system from Norphonic’s parent company Trafsys was also selected manage the technology inside the tunnel. 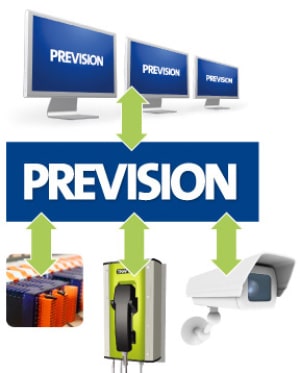 The Prevision traffic management system is a market leading SCADA system, used to control over 200 road systems in Norway. It has been installed in six tunnels close to the Flenja Tunnel, amongst them the Lærdal Tunnel, the worlds longest road tunnel at 25km (15.5 miles) and the Gudvangen Tunnel at 11km (6,8 miles).

The Flenja Tunnel is one of over 40 road tunnels in the western parts of Norway which rely on Norphonic VoIP Telephones for emergency roadside communications.
A key benefit with the new VoIP system is that it can be upgraded in the future without loss or differentiation in the level of service, as Thomas Lyngtun Hansen, technical director at Norphonic explains: ”Using Norphonic Open Source SIP telephones, integrators are able to deliver systems that are better than those that can be achieved when restricted to a single vendor’s product offering. Using Norphonic, integrators are free to work with any IP based PBX switchboard solution, whether it is Alcatel, Cisco, Asterisk, or other IP solutions such as Vegastream.”

The Norphonic Heavy Duty VoIP Telephones and Prevision was implemented by Otera, a large traffic system integrator in Norway, and the overall project took nine months to complete.

Mr. Are Omdal, project director at Otera commented ”We use Norphonic telephones for all our Emergency Communications in Norway. The products are very reliable and the service is outstanding”.

"We use Norphonic telephones for all our Emergency Communications in Norway. The products are very reliable and the service is outstanding"